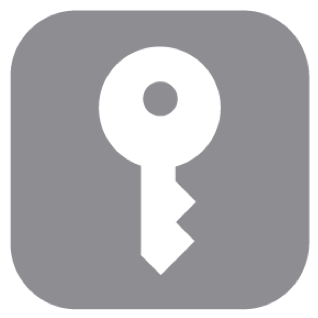 Apple devices let you write a text or email without seeing the screen. You can take a perfect group selfie just by hearing how many faces are in the frame. Using these features may feel like magic, but it’s very much by design.

In many apps, you can zoom in or out on specific items. For example, you can double-tap or pinch to look closer in Photos or expand webpage columns in Safari. You can also use the Zoom feature to magnify the screen no matter what you’re doing. You can magnify the entire screen (Full Screen Zoom) or magnify only part of the screen with a resizable lens (Window Zoom). And, you can use Zoom together with VoiceOver.

While using Zoom with an Apple Wireless Keyboard, the screen image follows the insertion point, keeping it in the center of the display.

To turn off Zoom, double-tap the screen with three fingers or use accessibility shortcuts.

If you have color blindness, motion sensitivity, or other vision challenges, you can customize the display settings to make the screen easier to see.

You can also apply these effects to only the contents of the zoom window.

If you have sensitivity to motion effects or screen movement on your iPad, you can stop or reduce the movement of some screen elements, such as:

To manually play effects in Messages, tap Replay below the message bubble.

Even if VoiceOver is turned off, you can have iPad speak selected text or the entire screen. iPad can also provide feedback and speak text corrections and suggestions as you type.

Or do any of the following:

If you have a motor impairment, you can use Switch Control to operate iPad using one or more connected physical switches. Use any of several methods to perform actions such as selecting, tapping, dragging, typing, invoking multitasking options on devices that support them, and even freehand drawing. You use a switch to select an item or location on the screen, and then use the same (or different) switch to choose an action to perform on that item or location.

There are three methods of using Switch Control:

Whichever method you use, when you select an individual item (rather than a group), a menu appears so you can choose how to act on the selected item (tap, drag, or pinch, for example).

If you use multiple switches, you can set up each switch to perform a specific action and customize your item selection method. For example, instead of automatically scanning screen items, you can set up switches to move to the next or previous item on demand.

You can adjust the behavior of Switch Control in a variety of ways, to suit your specific needs and style.

AssistiveTouch lets you perform the following actions and more just by tapping (or the equivalent on your accessory):

Add more actions to the AssistiveTouch menu. Go to Settings  > General > Accessibility > AssistiveTouch > Customize Top Level Menu. The menu can have up to eight actions.

Show or hide the AssistiveTouch menu. Tap the floating menu button, or click the secondary button on your accessory.

Create your own gesture. You can add your own favorite gestures to the control menu (for example, touch and hold or two-finger rotation). Tap the menu button, tap Custom, then tap an empty gesture placeholder. Or go to Settings  > General > Accessibility > AssistiveTouch > Create New Gesture.

Example 1: To create the rotation gesture, go to Settings  > General > Accessibility > AssistiveTouch > Create New Gesture. On the gesture recording screen that asks you to touch to create a gesture, rotate two fingers on the iPad screen around a point between them. (You can do this with a single finger or stylus—just create each arc separately, one after the other.) If it doesn’t turn out quite right, tap Cancel, then try again. When it looks right, tap Save, then give the gesture a name—maybe “Rotate 90.” Then, to rotate the view in Maps, for example, open Maps, tap the AssistiveTouch menu button, and choose Rotate 90 from Custom. When the blue circles representing the starting finger positions appear, drag them to the point around which you want to rotate the map, then release. You might want to create several gestures with different degrees of rotation.

Example 2: Let’s create the touch-and-hold gesture that you use to start rearranging icons on your Home screen. This time, on the gesture recording screen, touch and hold your finger in one spot until the recording progress bar reaches halfway, then lift your finger. Be careful not to move your finger while recording, or the gesture will be recorded as a drag. Tap Save, then name the gesture. To use the gesture, tap the AssistiveTouch menu button, then choose your gesture from Custom. When the blue circle representing your touch appears, drag it over a Home screen icon and release.

If you record a sequence of taps or drags, they’re all played back at the same time. For example, using one finger or a stylus to record four separate, sequential taps at four locations on the screen creates a simultaneous four-finger tap.

Exit a menu without performing a gesture. Tap anywhere outside the menu. To return to the previous menu, tap the arrow in the middle of the menu.

Reduce the visibility of the menu button when not in use. Go to Settings  > General > Accessibility > AssistiveTouch > Idle Opacity, then drag the slider.

Move the menu button. Drag it anywhere along the edge of the screen.

If you have trouble using the touchscreen or buttons, you can change how iPad responds to your touch.

If you choose Use Initial Touch Location, iPad uses the location of your first tap—when you tap an app on the Home screen, for example. If you choose Use Final Touch Location, iPad registers the tap where you lift your finger. iPad responds to a tap when you lift your finger within a certain period of time. Tap minus or plus to adjust the timing. Your device can respond to other gestures, such as drags, if you wait longer than the gesture delay.

Choose Siri or Off.

Siri is often the easiest way to start using accessibility features with iPad. With Siri, you can open apps, turn many settings on or off (for example, VoiceOver), or use Siri for what it does best—acting as your intelligent personal assistant. Siri knows when VoiceOver is on, so will often read more information back to you than appears on the screen. You can also use VoiceOver to read what Siri shows on the screen.

Type to Siri. To type instead of speaking to Siri, go to General > Accessibility > Siri, then turn on Type to Siri. After you summon Siri, interact with Siri by using the keyboard and text field.

If you have difficulty distinguishing characters on the iPad keyboard or manipulating a hardware keyboard, you can adjust settings such as the key repeat rate. You can also rotate iPad to landscape view to use a larger keyboard for typing in the build-in apps or type using an Apple Wireless Keyboard.

You can use Made for iPhone (MFi) hearing aids or sound processors with iPad and adjust their settings.

Pair a hearing device with iPad

If your hearing devices aren’t listed in Settings  > General > Accessibility > MFi Hearing Devices, you need to pair them with iPad.

You need to pair your devices only once (and your audiologist might do it for you). After that, your hearing devices automatically reconnect to iPad whenever they turn on.

Adjust the settings and view the status of your hearing devices

Use your hearing devices with more than one iOS device

Adjust the volume balance and mono audio on iPad

If you can’t hear the sounds that announce incoming calls and other alerts, iPad can flash its LED (next to the camera lens on the back of iPad). The LED flashes only if iPad is locked.

Tip: LED Flash for Alerts is a useful feature for anyone who might miss the tones associated with calls and other alerts in a noisy environment.

When you play video content in the TV or Videos app, you can turn on subtitles and closed captions (if available). iPad usually shows standard subtitles and captions, but you can also choose special accessible captions—such as subtitles for the deaf and hard of hearing (SDH)—if available.

Turn on subtitles and captions in TV or Videos

Customize the subtitles and captions

This also turns on subtitles and captions in TV or Videos.

If you have video content that includes audio descriptions of scenes, iPad can play the descriptions for you.

Guided Access helps you stay focused on a task by temporarily restricting iPad to a single app, and allowing you to control which app features are available. You can do any of the following:

Do any of the following: